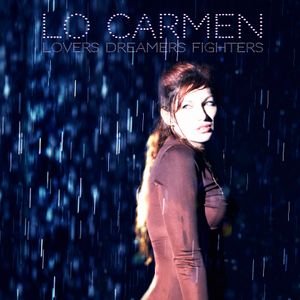 ‘divine… a real charmer… soaked in experience, in the kind of poetry that only comes from a life lived.’ Clash Magazine

‘Lo Carmen steps in with such raw musical authenticity we shake and shiver at the sounds pouring out of a spooked jukebox in a bar just off the highway. Sometimes dreamy and light, like heat hallucinations in the desert, sometimes disquieting, as even the darkest country songs are also frightful warning shots of a wrong turn ahead on the long road of life.’ Anti Heroin Chic

‘Lovers’ is a gorgeous, narcotic dose of country soul alchemy … Carmen glistens like the eponymous adornments of the wonderful ‘Rhinestones In The Rain’. Country Update

‘It’s hard for a song to strip one down to the bone, but that’s the power of music and the magic of Lo Carmen.’ Atwood Magazine

‘inspired lyrics, and the tinder of some of the best music-makers gathered in Nashville… intimate and sexy… sublime imagery… a magic and melancholy that’s unforgettable’  South Sydney Herald

'The next person that asks me to define country music will be be told. “listen to Lo Carmen sing ‘Last Thing I’ll Remember’”…The writing throughout this album is absolutely “wow” worthy…. takes raw beauty to levels never before seen.' TwangriLa

'Based in America for the last few years, Lo Carmen has slowly been absorbing that country’s country music, blending it with her atmospheric, slowcore sound and emerging with a beautiful new album that seamlessly connects both worlds. …Carmen employs plenty of fine choruses including the memorable lyrics of ‘Rhinestones In The Rain’ and ‘Put Another Record On, painting exquisite vignettes of encounters and their aftermath.'  Rhythms

‘brilliant songwriting … Lo Carmen is undoubtedly one of the unique voices in old-school honky-tonk working today. Landing places between Tammy Wynette and Sam Cooke … some of her best work of her music career. Global Texan Chronicles

‘a singular talent poised on the edge of a deserved commercial breakthrough.’ SMH 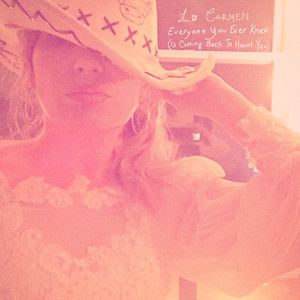 'I could live inside the atmospheric Valium of this album, forever listening to Lo Carmen drip her honeyed vocals over meandering songs and cinematic sounds ... true to all of Carmen’s creations, it’s distinguished by her ability to summon a decade-defying sound and wind up in a world of her own making.' Pan Magazine

'She adds soul to slowcore and mystery to melancholy and the result is an album that will draw you in deeper and deeper with each listen as you fall under her atmospheric spell.' Post To Wire

'...maneuvers in shadowy and palpable Lou Reed-esque honky tonk realism with so much rare and raw individuality that it takes you aback at first listen. Then your eager addiction slowly burns inside until you’ve played the album on repeat countless times and you’re lost ... a true storyteller ....' Global Texan Chronicles

'... if you like making out with the person you love in the back seat of an old car on the hills overlooking the abyss of the city while listening to haunted quasi-country vibes and the Velvet's Loaded, then this should be the soundtrack to your next moments. Something to listen to as you slow dance in the headlights and breathe that the spring air and cease your stumblin' through life for five or six minutes as you hook your arms around your loved one and feel the magic.'
Jack Sargeant 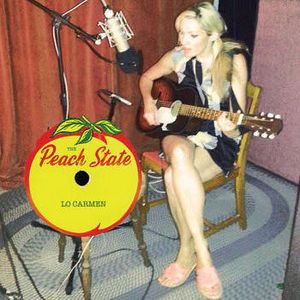 ‘...an authenticity, sincerity and purity of purpose that harks back to the likes of Woody Guthrie. This is folk music. Or country, real country ...With characteristic grace and eloquence, LC reaches the parts other songwriters can’t touch.... I put her on the same pedestal as Kris Kristofferson, Tom T., or Merle Haggard.’ Something You Said

‘...stark country-soul and shimmering blues ...a direct line to the heart’ No Depression 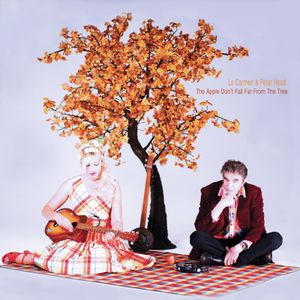 '...endearing mix of country soul and late night jazz... the songs are built on Head’s elegant and melodious playing and Carmen’s playful purr of a voice that draws you deep into the songs ... an album high on smoky atmosphere and the ghosts of many a raised glass.' The Music

'Lo Carmen's voice dances so nimbly with Peter Head's winsome gruffness, I knew there had to be some kind of emotional connection between the two...Peter Head is as deft a storyteller as he is a pianist. He serves as a solid counterweight to Lo Carmen's near-unearthly whisper of a voice... a joy to listen to. ' Adobe & Teardrops 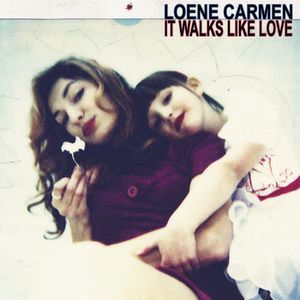 ‘It’s always been about the voice...beauty and danger, knowing and innocence, sex and longing, and love, both sacred and profane... Loene Carmen’s individual mix of torch blues, gothic country, with occasional outbreaks of smoky nightclub has seduced many who hear it. ..She sings it, you believe her. And that’s enough.’ Inpress

'Dudes: Jesus was a man, Loene Carmen is a woman and this album is just great.' VICE

'Loene Carmen is so undeniably fucking cool that she could have been lifted straight out of a Tarantino movie ... her familiarly breathy, sultry vocal sits perfectly atop a combination of dirty blues, rock and country, which bursts from the stereo like a bar-room brawl between The Velvet Underground , Mazzy Star and The Jesus and Mary Chain ...  an intelligent, candid songwriter with a voice so seductive that you’d rip your own heart out and hand it to her if she asked you to. Irresistible..'.  Something You Said

'There ain’t no lady like Loene Carmen, an artist who can deliver a sonic poison arrow with the sweetness of Cupid’s bow. Carmen's brand of torch rock songs with bluesy and alt country flavours on her third album would no doubt see her hailed in Nashville or London as a singular talent, a female Nick Cave but with more to say... Carmen delivers unforgettable tunes'  Daily Telegraph 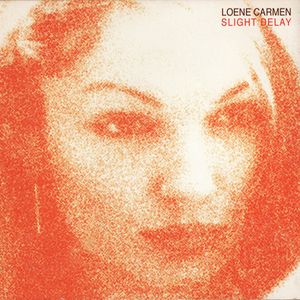 'Velveteen vocals bubble through a pool of Barbarellas matmos, backlit by Ry Cooder on mescaline, Tortoise-style keys and somnolent beats ...' Plan B

'Loene Carmen sounds as if she has fallen into some lost world where post folk country blues and primal art rock are tangled up in medieval chains..'
Mark Mordue 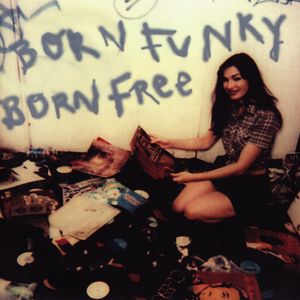